* This article is written by Japanese using translation soft. Since services for Japanese and services for other countries may differ slightly, please visit and check the websites of each forex brokers for accurate details. (Many forex brokers provide services in dollars for services expressed in yen.).  The following URLs have been adjusted so that you can fly to the English version websites of your forex brokers, but if you arrive at the Japanese version of the websites, please switch to the English version yourself.

*Summary of this article:
List of campaigns (bonuses) as of March 18, 2019 (updated from time to time).
Although there is a slight difference in each forex brokers, this report focuses on (i) No Deposit Bonuses (credits that can be made without paying in (profits gained from the transaction can be withdrawn)) and (ii) Deposit Bonuses (credits that can be used as a cushion to prevent losses from being cut in the transaction) as a fixed percentage of the deposit amount.

Currently, GemForex is offering a bonus campaign for opening an account worth ¥20,000 (until March 26), so please don’t miss it!
In addition, GemForex also organizes a switch campaign, in which other companies give bonuses to people who lose money. This is a hot campaign.
Details of the campaign are provided here.

In addition, XLNTrade is a forex broker that offers unlimited 100% cash bonuses at all times. Just as I do, those who focus on transactions using cash bonuses should look at them once.

Most forex brokers use the MT4 or MT5 software to trade (iFOREX and XLNTrade have their own apps). When trading on a smartphone, it is necessary to download the app. When trading on PC, it is also necessary to download the MT4 or MT5 software (search via the Internet, find it soon, and download it for free). MT5 is the evolving version of MT4, but I think it’s easier to use the old version of MT4. Therefore, I think that the number of people using MT4 is overwhelmingly higher.

Documents required to open an account in forex brokers are (i) images of identity confirmation documents such as license certificates, and (ii) images of address confirmation documents such as water bills and electricity bills (with address indication). Please note that bonuses for opening accounts are granted after these documents have been submitted and confirmed by the relevant forex brokers. I asked about the GemForex, the company’s policy is to process accounts within 24 hours, but recently it has taken time to process the new accounts due to an increase in the number of applications for opening accounts. 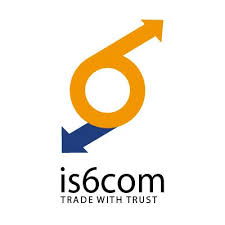 Is6com is in the process of offering bonuses (credits) of ¥5,000, only through the opening of accounts. 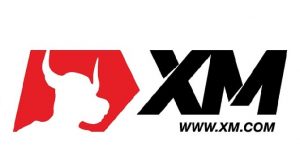 XMTrading is only opening an account and is currently offering a bonus of ¥3,000 (credits).

However, since it is 3,000 yen, how much profit can be earned depends on the person’s skill.

XM is currently conducting a campaign to grant cash bonuses as described below. 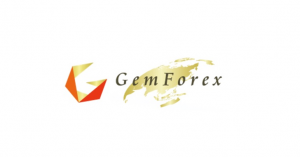 GemForex is only opening an account and is currently offering bonuses (credits) worth ¥20,000.

Bonuses themselves cannot be withdrawn, but profits earned through the use of bonuses can be withdrawn without limitation.

XLNTrade offers unusual bonuses to other forex brokers. Simply put, from the beginning to the fifth transaction, the settlement does not confirm the loss (and, of course, when you make a profit, you can withdraw it).

However, it should be noted that the content and conditions of use are somewhat complicated. The following is a summary. (For the part that is not written on the site and the part that has been changed from the site manual, we have directly contacted and added it.)
① Profit account is eligible and require deposit of 20,000 yen or more.
* XLNTrade has two platforms for trading: (1) a proprietary Profit account and (2) a MT4 account.
② One position is limited to 4,000 to 10,000 currencies (0.04 to 0.1LOT).
③ Leverage is 20 times (usually 400 times leverage, but you will have to increase your cash flow, but you will get a 100% and 150% bonus, as we will see below).
④ It is necessary to settle within three days (the day of trading is counted as the first day, so it is exactly within 48 hours to 72 hours, and if it is more than three days, compulsory settlement will take place).
* The requirement not to trade within one month after the account is opened is now abolished. 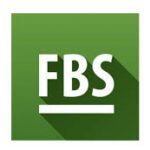 Instead of being able to make all the profits generated using $100, the plan seems to be a campaign to get $100 if the following conditions are met.

① Bonus accounts with a bonus of $100 are granted.
② Bonus expires in 50 days (bonus account automatically closed).
③ You must trade 30 days out of 50 days (if you place an order or settle one day, the day is treated as active).
④ You must trade at least a combined 5LOT (500,000 currencies).
⑤ The final result is a positive pips.

Is6com holds cash-in bonus campaigns for account holders twice a month. The bonus rate appears to be 100-200% depending on the transaction performance of the account holder.

Even if you run out of this line, you can get a cash bonus ticket from time to time, and you can use this ticket only once and get a bonus of 100% of the amount received.

As of March 12, 2019, we had no cash bonus campaigns in place, but because of frequent campaigns, it may be better to open an account and wait.

Some special features of GemForex bonuses are that cash bonus campaigns are held on a three-to-five-day basis about twice a month, and those eligible for cash bonuses are changed by lottery every day. Nevertheless, please feel comfortable, since it will take about a few times in three to five days. You can receive a 100% bonus for the amount received.

Compared with other forex brokers, XLMTrade has developed an extensive cash bonus campaign. It’s a male for a transaction who relies on bonuses as I do.

What is somewhat difficult to understand is that XLNTrade has two platforms for trading: (i) a proprietary profit account and (ii) a MT4 account. The bonus content differs according to which account to use (or deposit). Note that funds can be transferred between the two accounts, but in this case, the bonus will be extinguished, so care must be taken.

The second and subsequent payments will always be credited with 100% (no upper limit, and no other forex brokers is currently awarded such bonuses).

Given the differences in bonuses, it is overwhelmingly advantageous to use profit accounts. 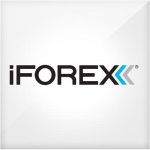 From 2nd deposit onward, you can get up to 100% cashback depending on your number of transactions.

In iFOREX, Swiss franc/Turkish lira currency pairs are traded. Swap points of about 700 yen per 10,000 currency units per day are granted (if you enter the currency shortly). Since swaps are given at a level that is absolutely invisible in other forex brokers, long-term swap holders are male forex broker.

iFOREX offers interest services in addition to bonuses received. If you are trading within the last 30 days (even if you have an open position, you will meet this requirement), you will bear interest at 3% per annum on the effective balance (with a maximum principal of $150,000).

For more information, please visit the HOTFOREX website, but honestly speaking, it is difficult to understand the content of this bonus and make it easy to use it.
To summarize the contents of the bonus, ① 100% Super Charge Bonus and ② 100% Credit Bonus will receive a 100% bonus of the amount received (Cash Back Bonus may be attached or not in ① and ②, but if the cash back is desired, the explanation will be omitted because it is faster to open via the Cash Back Site). ③ 30% Rescue Bonus will be entitled to a 30% bonus of the amount received.

So, if you want to use the bonus instead of the cushion, I want to make a male scalpel with a 30% rescue bonus (I’ve had a male HotForex).

Since it was difficult to understand the specifications of the bonuses mentioned above, and it was difficult to use them, we asked the HotForex for their opinions. I believe that if bonuses improve, they will be a very forex broker. (HotForex is a globally recognized broker and is said to be highly creditworthy. I hope that bonuses will be improved in order to better serve Japanese people.) 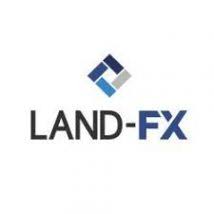 The total upper limit is 500,000 yen, and 100% bonuses are always granted (you can earn bonuses many times until you reach the upper limit, you don’t have to pay a large sum at any time, and you can get a small sum of money repeatedly). The content of cash bonuses is excellent compared to other forex brokers.

The total upper limit is 20 million yen, and the bonus is 100% of the amount received. However, as a condition for using the bonus, a considerable number of arguments must be made.

Until February 1, 2019, the company provided a cash bonus of up to JPY500,000, which is written on its website. The company is conducting this campaign from time to time. As of February 7, 2019, we seem to have held this (expired) campaign.

Net, it is difficult for Bigboss to understand when and how long bonus campaigns are being held. If you want to use bonuses, please check the BigBoss website.

In addition to the above cash bonuses, Bigboss also offers trade bonuses. Each 1LOT (100,000 currencies) is backed up by 400 yen at the close of the week.